Hi and welcome to another game review here on the Gaming on AmigaOS 4.1 blog!

Today we’re going to have a look at a puzzle game called Candy Crisis. It was developed by John Stiles and ported over to AmigaOS 4 by HunoPPC in 2012.

The game should work on all AmigaOS 4 configurations, including emulation with WinUAE.

Candy Crisis is available for free at OS4Depot. You can use the link below to download the game directly to your hard drive. The archive takes up about 9 MB of space.

To get the game installed, please go to the directory where you downloaded the file. Right-click on the icon and select “extract to” and then choose the destination drawer the game should be uncompressed to.

After unpacking, enter the directory of the game and double-click on the icon. You might get a requester asking you to assign, but it works just pressing “ok” on these. After this the game will start and you are greeted with a nice and colorful title screen. 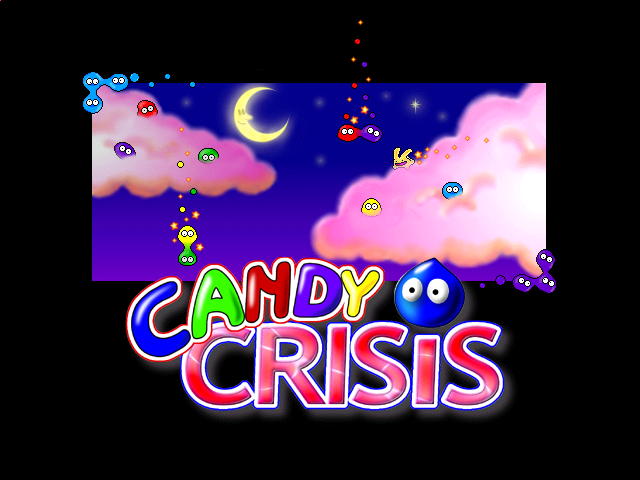 The first thing you’ll notice is a requester asking you to register the game. 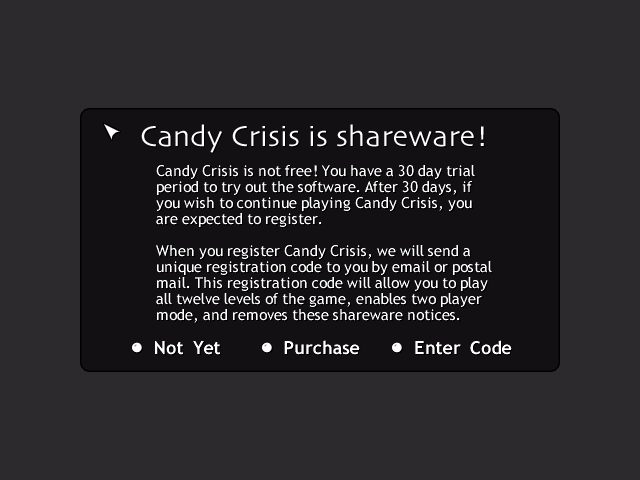 To register the game, you can use the codes from the readme-file at OS4Depot. After that, you’ll get full access to all the features that Candy Crisis has to offer. 🙂

Now, what is this game about?

RECENTLY…
a mad scientist at a candy factory unveiled his greatest creation: a batch of living candy, brought to life through the miracles of genetic mutation. Unfortunately, his formula had a fatal flaw—the living candy immediately began to multiply by the thousands! Within minutes, the plant began to overflow with candy. Luckily, a quick-thinking researcher quickly discovered how to fend off the rapidly multiplying creatures. The mutated candy became extremely reactive when grouped together – and when four of the same color touched, they would instantly vaporize!

Candy Crisis is quite similar to games like Columns, Tetris, Puzzle Bubble and so forth. There’s living candy raining down and you have to match them (several in a row) to get rid of them.

As you can see, the game sports pretty nice and colorful graphics. 🙂 Looks very nice in my opinion! There is also good music playing in the background.

Candy Crisis has twelve unique stages, several game modes (including two-player!) and a tutorial. It also has a solitaire mode for practice, so that you can hone your skills before competing with the computer or a friend.

You can set up the controls the way you like. I like to set up the cursor keys “left” and “right, “shift” to drop and “CTRL” to rotate, but everyone has different tastes when it comes to this of course. 🙂

The game is easy to get into, since the controls are straight-forward and customizable. The first stage is not very difficult, but it gets harder after a while. 😉

To sum it all up, Candy Crisis is a good, quality game for AmigaOS 4. It surely deserves a place on your hard drive. 🙂 Definitely a thumbs up!